You can use many words to describe Madoka Magica, and the two-part word "genre-breaking" is a good example. When first announced to the general public, Production Studio Shaft released several trailers for this show that made it out to be a cute slice-of-life magical girl anime. And since the main staff comes from Hidamari Sketch, a moe show, people were easily misleaded. And it wasn't until the first minute of episode 1 we were actually shown what we were getting into.

Madoka Magica is basically a deconstruction of Magical Girl Genre. It's not about the main character Madoka and her tales as a magical girl, but rather a tale about more magical girls: what exactly they are. Taking a step back for a moment, deconstruction is basically when you take a common plot element, in this case it's magical girls, and pull all the elements apart before putting it right back together generally in a real world scenario. Let's look at the examples of typical magical girl shows. The situation is that you have a cute animal Luna, who appears to a young girl Usagi, and ??? her a magical power with which she can use to defeat evil and save the world. Fairly straight forward. Now, Card Capture Sakura, after opening a book releasing all the magical power of the Kuro Card upon the world, cute little animal thing Kuro ??? Sakura the power to re-capture all the Kuro Cards before the cards have bound the world. Still with me? Good. So in this vein you will think that Madoka Magica would be about a cute animal QB who appears to young girl Madoka and gives her magical power which she can use to fight these evils witches to save the world, right? Well, yes and no. The show does do that, but it does a lot more than that.

Let's ask the question about the whole situation that the others just can't or won't. Let's think like who is this QB? Where is he come from? Why is he appearing before Madoka? What does it want? Where do the witches come from? What do they want? Why do they want to destroy the world? What drives all of these girls to form a contract with QB to get magical power in the first place? Is it because it happens to be the wrong place at the wrong time? Or do they just feel obligated to do so?

And above all, if you live in this world long enough, you probably have realized by now that nothing is ever free. The only thing that is guaranteed in your life are death and taxes. So what is it in this realistic world that these girl have to give up in their lives that allows them to get this power to ???? a ????. Because ???? QB just snaps in it like "Boom! Now you have magical power, hah hah hah!" Because life dosen't really work like that.

As a good anime would say, "Humankind cannot gain anything without first giving something in return. To obtain, something of equal value must be lost. That is the First Law of Equivalent Exchange." And THAT, ladies and Gentlemen, it's the ???? version of what Mahou Shoujo Madoka Magica is about. And it's freaking glorious.

It's just the way the show puts it together, how at the end of the day the plot comes full circle, that took away what we assumed about Magical girl genre, and turning on pre-consumptions up-side-down before tossing them down the stairs while pointing and laughing at us.

The show is only twelve episodes long. In fact I've learned to more focused on the driven stories that are not bolt down by ??? and pointless side characters. Everyone and everything in the world of Madoka Magica serves for purpose, and has a reason to be there. There's very little time wasted anywhere with each episode adds to the overall arching storyline.

Now be warned, as I watch the first episode I would describe this show to people as a cross between Card Capture Sakura and Serial Experiments Lain as the show is very very dark. So now I finished the show I think it might be better to compare to something like Evangelion known be a twist of more cuteness than Evangelion, whatever, perhaps. It's definitely not something for young children, even grown men can shiver after seeing QB's blank stare. So despite the genre it's very mature and should be reviewed as such.

Now the animation of the show depends on which version you watch. Production Studio Shaft has a very bad habit of only finishing episodes only hours before they release on air, leading to rushed animations and sometimes less than detail lost. Luckily though they are nice enough to fix the mistakes later on official DVD and blue-ray releases. So if the show ever does come to North America we can be sure that we can be getting the much more pretty version, even if it means that the nightmare we view will be all the more real.

The start we have however add to the original thought this show would be just another slice-of-life anime with magical girl theme. As all the characters are drawn in similar styles to Shaft's other show Hidamari Sketch. It's very much moe. Though I think the style only adds to everything as it helps to contrast the show as the plot continues down in every way to nightmare tone.

With the music Madoka was scored by Yuki Kajiura, a fact that she was totally ??? people what the type of show Madoka was even before the first episode began. Kajiura is usually only attached to the shows that have very dark undertones. In fact a lot of the songs in the show share the similar style from previous what she has done. For example, the piece for Madoka titled "Trusting in Justice" which is a very vocal victory sounded piece, wouldn't have sounded bad if you replace it with similar sounds like "Mezame" from My-HiME or part from M12+13 of the Garden of Sinners. The similarities are not much a problem, it's just something that noticed, a nitpick but there's nothing that hampers the show anyway. I think it actually adds more than it takes way. Because even if you can't swap the sound between the shows, well, it's still music by Yuki Kajiura. I mean, come on, she's awesome.

For example, the ending song "Magia", is one of the best in the show. It's one of my favorite pieces that Yuki Kajiura has ever composed. It's so good that the creators happend to use it sometimes as a battle theme of a show as well as an ending theme. The animations of this ending however is a little lack of stuns. It's just a typical running style ending with the credits running on on side. Unskippable only for the music that plays over it.

The opening on the other hand, is another thing to contrast the series as a whole, as it's almost like who's made of entirely different show, a show that wasn't a deconstruction but fairly common magical girl anime. And it's only perfectly found out without being an amusing pretty animation is just by the end of the series things out of place. And so without further gilding the lily and with no more do, I give you the final verdict.

Mahou Shoujo Madoka Magica follows the footsteps of anime like Evangelion, Tsubasa and .hack even if you can think about, and brutally deconstructs the aspects of magical girl genre, where it shines in its execution, setting up a seemingly harmless magical girl plot line with moe characters and then brutally tearing down you pre-consumption faster than you can see in Evangelion. It gives you characters with purposes and lets you get attention long enough so that you want them to succeed even if it seems less likely that they will do so with each passing episode.

Its shortcomings are minor but noticeable. Near the end the show which seems to be completely switch to tagness ??? swung on wind which may be jarring and it takes some time for the show to finally explain what the heck is going on, which some people seem to dislike. Also as time passes on, the noticeable lack of details of this animation becomes more apparent. Though to be fair the future releases will redefine this. Overall though I cannot recommend this show enough. Madoka Magica receives a very urgent watch recommendation from me and if you ever get it brought it to the west, I suggest you buy it, because it's worth every cent.

If you've already watched Madoka Magica, and are looking for more deconstruction anime, check out the mentioned title Evangelion and Tsubasa Reservoir Chronicles. If you're in for more magical girl mood, have a look at Mahou Shoujo Lylyrical Nanoha. It's not as dark, but might serves just as well. And that, as they say, is that. 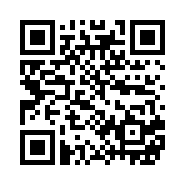